Star Wars: What is Rogue One?

When the trailer for Rogue One: A Star Wars Story was first dropped many people were very confused about what it was. Some people weren’t even aware that it was being made and others wondered what its purpose was. Some people even wondered if it was our first look at Episode VIII and that obviously caused a ton of confusion. So, the question remains; what is Rogue One supposed to be?

Stated simply, Rogue One is a film that will exist in the “Official Star Wars Canon”, but will feature events at other points in Star Wars history outside of the “main episodes” that are being made (Star Wars Episodes VII-IX). You may be scratching your head and wondering what the purpose of a film such as this could be, but I assure you that it has all been part of Disney’s plan for Star Wars since the beginning.

The reasoning behind Rogue One is not just to create a larger franchise that will last a while for Disney, but also to appease fans. It’s obvious that one of Disney’s greatest goals for this new generation of Star Wars films is to give fans something that they want, but at the same time draw in a new generation. The Star Wars Anthology films, in which Rogue One is included, were intended to accomplish this task by providing a new “prequel” series for fans without having to get rid of all the lore from the old ones. Fans hated Episodes I-III and Disney has recognized this, so they wanted to please fans by giving them a “prequel trilogy that they deserve”.

Also, the number one complaint about The Force Awakens was that it redid too much from the old Star Wars films and did not present enough new ideas. Again, Disney heard the fans and decided to do something about it. Yes, Episode VIII is promised to present newer ideas now that the franchise has been successfully started, but the Anthology series provides a more exciting opportunity for this than the main episodes themselves. Disney intends to use the Anthology series to be the main source for new and original Star Wars ideas. They are unfettered by the pressure of having to tell the main story and can therefore focus on smaller stories in the timeline while featuring brand new concepts and ideas (or sometimes ideas that fans liked from the old Extended Universe that can be reintroduced such as the Grand Admiral concept that Rogue One seems to be using).

So, if you want a film with new and exciting ideas, or one that focuses on the “unseen” events in the Star Wars universe, then Rogue One is for you! I know that I’m looking forward to it! 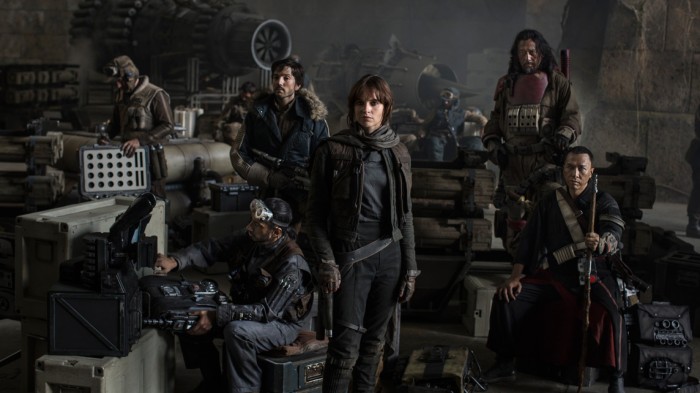 C.Z. Anderson A lover of all things Disney, comics, and cinema; C.Z. Anderson is a Arizona-based professional storyteller, actor, illustrator, author, and lead writer of Disney Magic Fanatic. With an imagination that just won't shut up, he releases his seemingly endless and bizarre creativity through his various works in media. A simple-minded individual with a free spirit and love of literature, C.Z. Anderson just simply wants to bring joy to the world. Whether he accomplishes this or not, he feels that he must keep working towards it or his head might burst from trying to keep it inside!
Published May 24, 2016May 25, 2016

One thought on “Star Wars: What is Rogue One?”