Disney has become synonymous with the art of animation and it’s no wonder as to why. Since 1923, the Walt Disney Company has led the industry in terms of story, art, and technical innovation. In fact, without Disney’s achievements in animation, most historians agree that Disney would not be the successful corporation that it is today. However, that’s not to say that the company hasn’t had their rough patches. In fact, there was a struggle in Disney history that relatively few people are aware of; a struggle that was resolved when Pixar saved Disney!

To explain how this happened, we must go way back to Disney’s Dark Age for context. During Disney’s self-proclaimed ‘Dark Age’ (the 70’s and early 80’s; the years following Walt’s passing), the animation division of the company was going through an artistic rough patch. Disney leadership focused less and less on animation; pushing out films that were cheaper and less artistic than Walt Disney’s original standards. Many animators were dissatisfied with the results of the era. As a result, some of those same animators, under the leadership of a veteran artist named Don Bluth, left and formed their own company; Don Bluth Productions. This was the first time in history that Disney had a real rival for animation; a serious threat that might have ended Disney Animation for good.

Thankfully, many of Disney’s best animators stayed through the tough times and eventually pushed through the Dark Age and into the Renaissance; returning Disney to the days of innovation and art! With the advent of the Renaissance, and Disney’s return to quality over cost, Disney rocketed past Don Bluth Productions and once more secured itself as the top company in animation. However, the success of Don Bluth Productions had unforeseen consequences; it taught film executives that other companies could succeed in the field of animation. Soon, an art form that was almost exclusively dominated by Disney met with many more rivals than it ever had faced before.

From the mid 80’s through the early 2000’s, various other companies rose up to challenge Disney’s dominance in animation, and Disney had to work extra hard to stay ahead of the shifting professional landscape. For the most part, this wasn’t really a problem. Disney’s films were usually far more successful than their rivals, and Disney had their long and storied past to rely upon for support and experience. No one could really contend with Disney on an artistic level in the 80’s or 90’s due to Disney’s acclaimed Renaissance. When they stuck to their roots of quality and innovation, Disney was at the top of their game.

However, it was not to last. After the release of Tarzan in 1999, Disney leadership once more reverted to the strange and dangerous decisions that were made in the Dark Age; effectively ending the Renaissance and beginning a new age called the Experimental Era. While many in the animation department at Disney strove for excellence, they were undermined by corporate leadership. As a result, even though most of the films in this era used bold new techniques and attempted to approach new types of stories, most of the films met with mixed results regarding critics and audiences. With Disney seemingly struggling to stay ahead, rivals swooped in with a vengeance; trying to rise to the top using Disney’s lack of success.

But luckily, Disney would not be beaten so easily. Roy E. Disney (Walt’s nephew) strove to keep Disney animation at the top and managed to overturn the leadership of the company in 2005/2006 and replace it with a new one that would respect animation and make sure that it was always striving to be the best that it could be. This new leadership was…Pixar?

Yes, indeed; Pixar save Disney Animation! Disney had already been partnering with Pixar since the release of Toy Story in 1995, and the company had realized that Pixar had become what Disney Animation wanted to be; a company full of innovation, artistic exploration, and high-quality production. While Disney struggled with their films in the early 2000’s, Pixar had excelled at every single one that they released; appealing to newer audiences and smashing records with their unique stories. Disney started to see that a Pixar partnership was not enough, and that they needed Pixar more than they thought. So, they ended up purchasing the company in 2006. The lesser-known result of this purchase was the leadership shift that accompanied it. With Pixar becoming part of the Disney family, the founders of the young CGI animation studio were unexpectedly co-opted into running Walt Disney Animation; breathing new life into the struggling Disney animation division and filling its offices with younger and fresher artists! 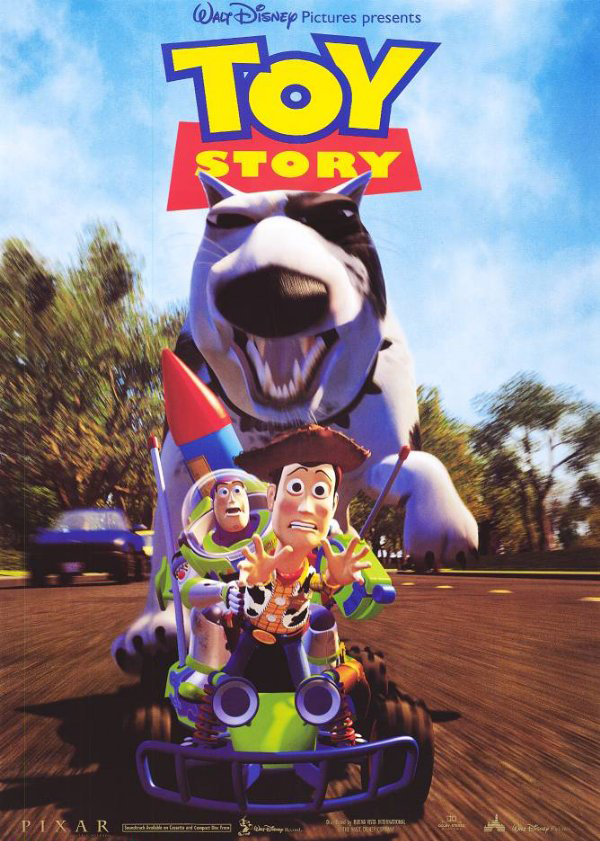 This ensured that the people behind Pixar’s success would also contribute to Walt Disney Animation’s success; giving Disney Animation strong artistic leadership that would respect animation as an art form and secure the historic company in the new millennium. The decision certainly paid off, because as soon as Pixar leadership took the reins of Disney Animation, the company saw a revival…The ‘Disney Revival’ era that we are currently living in today! With the success of Princess and the Frog in 2009, Disney entered a Second Golden Age.

Finally, after the release of 2011’s Winnie the Pooh (the last Disney hand-drawn film) Disney’s started its permanent transition to the more commercially stable format of Computer Animation that was pioneered by Pixar! Without these changes, Disney might have lost its animation division to younger rivals and would have been a very different company than the one we know today. Pixar led Disney animation into an era of financial stability for the company spearheaded by commercially and critically successful films like Zootopia, Frozen, and Tangled; making Pixar the inadvertent savior of the Disney company as we know it today!

What’s your favorite Pixar or Disney animated film since the Revival?

C.Z. Anderson A lover of all things Disney, comics, and cinema; C.Z. Anderson is a Arizona-based professional storyteller, actor, illustrator, author, and lead writer of Disney Magic Fanatic. With an imagination that just won't shut up, he releases his seemingly endless and bizarre creativity through his various works in media. A simple-minded individual with a free spirit and love of literature, C.Z. Anderson just simply wants to bring joy to the world. Whether he accomplishes this or not, he feels that he must keep working towards it or his head might burst from trying to keep it inside!
Published December 9, 2017February 17, 2018